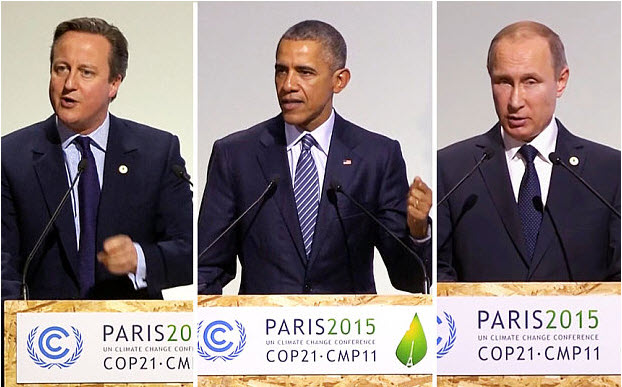 With all of the World’s leaders meeting in Paris this week for a massive shin-dig at taxpayer’s expense why don’t they start with some simple quick wins for the environment?  If everyone used a waste disposer in the UK then that would save an equivalent of over half a billion tons of carbon dioxide emissions per year.  For the whole of the EC it would be roughly ten times this amount, ie 2.5 billion tons!

Why?  In the UK 19m tons of food is put into landfills each year where they eventually rot down to create carbon dioxide and the far more dangerous greenhouse gas methane which is 20 times more damaging than carbon dioxide.  The alternative is to use WDU’s which flush the food waste to the local sewage works where it is converted into first biogas and then electricity creating savings on both greenhouse gases.  They also reduce landfill use and save costs and emissions in trucking all that waste to the landfills in the first place.  This is before even considering the health and utility benefits to householders of not having hazardous rotting matter in the home attracting insects, rodents and disease.

This solution exists and is available now and is free – it will pay for itself very quickly.  Less than 1% of the UK have waste disposal units installed compared to 100% in California and 55% in Sweden so the UK is very far behind.  All it needs is for some proper leadership to get councils and the water companies to adopt it into their strategies.  Some countries such as the USA and Sweden have already woken up to this fact but sadly the UK, Europe and most of the rest of the World have not.  It is time for the World’s leaders to open their eyes and do the easy stuff first to help save the environment from needless greenhouse gases.